The Value of Clocking In Time and Words 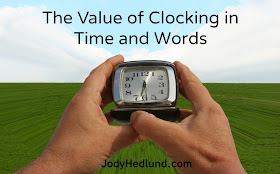 I'm currently editing a book I wrote six years ago. It's actually the first time in ALL those six years that I've given the book more than a passing glance.

As much as I love the book, to be honest, I dreaded having to revisit it. It's a manuscript that took TONS of research. I spent weeks reading biographies, time period books, and piecing together hordes of information on the middle ages.

And now after writing at least ten other books since then and doing research on a plethora of other eras, the details I'd once absorbed and knew so intimately about the middle ages are no longer prominent. So not only do I need to edit my book, but I also need to refresh myself on all the research I'd done long ago.

As a side note, this is a book that my current publisher declined to publish because the subject matter and setting don't fit with their market or needs. Nothing was done with the book for many years even though I was anxious to pursue other options. But now that I have a new agent, we're moving forward and garnering some initial interest in the book.

I was really pleased that my new agent read the book and sent me a detailed letter expounding on some changes she thought it needed before sending out a proposal. She didn't mince any words, which I appreciated. Nevertheless, I knew once I delved in, I was going to find even more changes to make.

After finally gathering the courage to peel back the pages of the manuscript, I read it and brutally marked it up. Through the whole process, I learned several lessons.

1. After so many years away, I could see my work as though I was a stranger to it. I could read it completely objectively, almost as if I were reading the work of a critique partner, (except I could be truly honest without hurting anyone's feelings!).

I felt as though I was finally standing above my book looking down on it. I could see all of the problems with a clarity that I couldn't when I was living between the pages after I'd first written it. I could pick out the weaknesses in my earlier style: lack of setting details, lack of depth of character emotions, unlikeable characters, indistinct cardboard minor characters, and other issues.

2. I realized that I'd learned a lot about how to edit over the past six years. After working with professional editors with my current publisher on numerous books and after partnering with many different critique partners, I've learned how to spot things that wouldn't have been on my radar if not for having learned from those more experienced than myself.

3. Most importantly, I learned that after writing so many additional books, I'd matured as a writer. After gaining the writing experience, I can finally see how far I've come, how I've honed my voice, how I've gained confidence in my writing abilities.

Six years ago I thought I was mature already. I'd studied lots of writing craft books. I'd written a number of "practice" books. I'd worked hard at consciously improving my writing. In fact this book underwent numerous edits (including a paid edit). It even finaled in a national contest for unpublished writers.

It was solid. And at the time, it was my very best. I'd done the absolute best for where I was at. No matter how many more times I would have edited it, I just wasn't capable of doing any better. 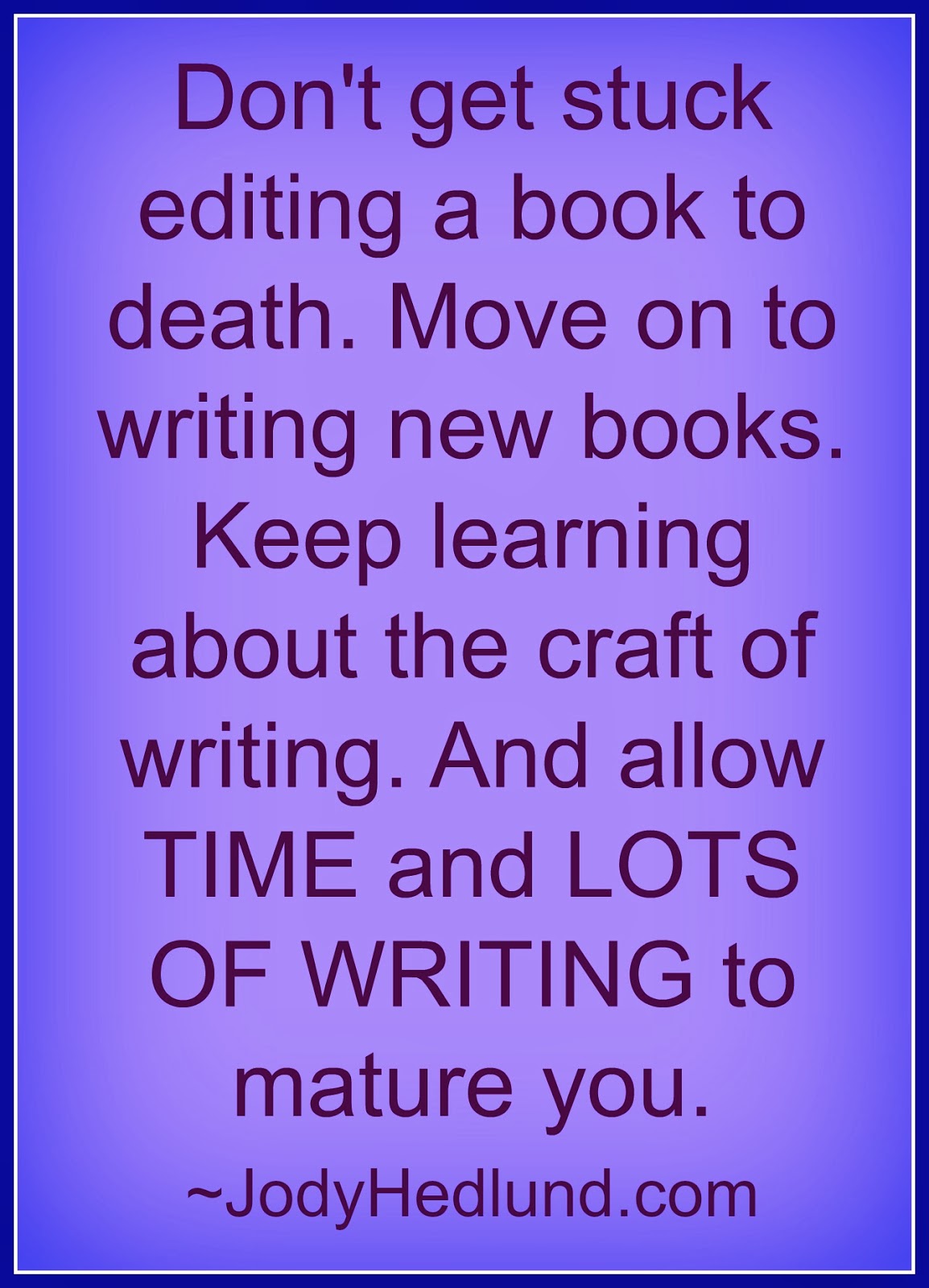 The truth is, nothing thing can mature us like time AND lots of writing. After six year and writing thousands upon thousands of additional words, my writing muscles are so much stronger. I have more clarity, vision, and depth.

All the clocking in of time and words has changed my writing in a way that editing alone never could.

After six years, I can finally begin to see the difference between then and now. I hope in another six years I'll see even more maturity.

My advice: Don't get stuck editing a book to death. Move on to writing new books. Keep learning about the craft of writing. And allow time and lots of writing to mature you.

What about you? Have you pulled out old manuscripts and been able to spot mistakes? In hindsight have you seen your growth?