Today, I’m super excited to share with you more about my next medieval series, Knights of Brethren. This is a six-book series, and the first two books release later this year.

While this series is new and changes things up from my previous two series (The Lost Princesses and The Fairest Maidens, which were both set in the same story world), there are plenty of things that remain the same: medieval adventure, dangerous dilemmas, and plenty of sweet romance.

The first book, ENAMORED, sets the stage for the series and is inspired by the wizard, Merlin. In this book, however, the character’s name is Maxim. And instead of wielding magic, he wields his wisdom. Of course, he also wields his influence to woo the woman he loves. If you’re familiar with my writing, then you already know you’ll get a delicious but clean love story.

The sequel, ENTWINED, is inspired by King Arthur and his famous sword. In this book, instead of Arthur, our hero is Ansgar, a bold and handsome leader who is on the run for his life. In the end, the Knights of Brethren (inspired by the Knights of the Round Table) help him rise up to defeat evil and win the woman he loves.

Enamored and Entwined release later this year, 2021. The subsequent books (involving more knights of the Knights of Brethren) will be released in pairs in 2022 and 2023.

Without further ado, here are the covers! Drumroll, please! 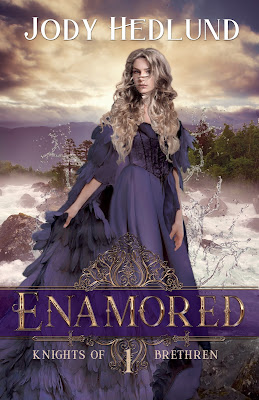 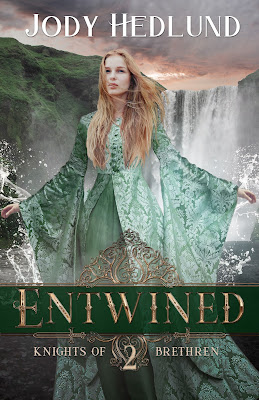 A HUGE thank you to Roseanna White Designs for putting together such stunning covers!

If you have enjoyed my previous medieval YA’s and want to be informed on Launch Crew happenings for the upcoming Knights of Brethren series, please make sure to join my Facebook Reader Room where I post sign-ups for early reading/reviewing opportunities. 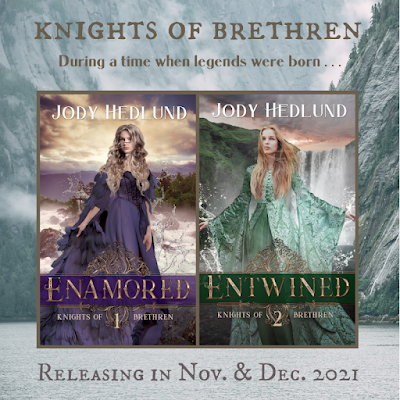