How to Keep Readers From Hating Your Characters 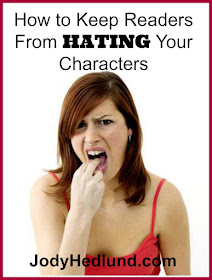 One surefire way writers can garner negative reviews is by making one or more of their main characters unlikeable. In fact creating unlikeable heroes and heroines often exasperates, irritates, and frustrates readers more than anything else.

Readers are usually willing to forgive a plot that drags in certain points. They may forgive a too-quick ending or a flat antagonist or a few clichés. But they rarely will rave about a book if they don't like the characters.

This year I'm branching into writing historicals based on the lives of real people. If you've read any of my books, then you'll know I already do this to an extent. But with my Luther & Katharina book which releases in the fall, I'm delving into a fuller, richer look at historical couples with the hope of bringing to life women who've been overshadowed by their more popular husbands. 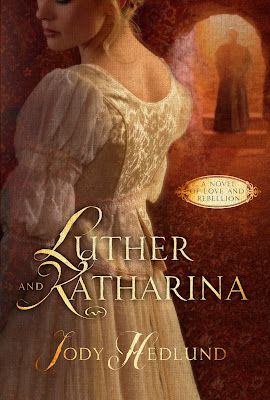 As we all know, real life people aren't always likeable. Martin Luther was one such man. While he did incredible things during dangerous times that changed the course of history, he was caustic, abrasive, and had bouts of melancholy.

There's nothing wrong with making our characters flawed and realistic. We want to portray humanity as it really is.

In essence readers want to find flawed BUT still loveable characters. People who make mistakes BUT still have qualities that rise above normalcy.

That's why they're called heroes and heroines, because they transcend the ordinary to be extraordinary.

That's why it's called fiction because although our stories embody real people in the real world, fiction takes reality one step further by ultimately portraying life as we would ideally like face it– fighting, striving, surviving, and then finally rising above the odds.

Such characters and stories inspire us to live better, be better, do better.

As I wrote the Luther & Katharina book I had to dig deep to bring out Luther's likeability. As I'm writing my second historical about an unlikeable guy, I've had to work even harder to find ways to make him likeable. I've had to balance the reality with the good man he is yet to become. It's been difficult but essential if I hope to create a story that readers will enjoy.

What are some ways we can make sure we're keeping our main characters likeable enough?

1. Give them noble traits that outshine the negative traits. Perhaps we’ve given a likeable quality to our main character. But the mounds of negative traits overshadow that one tiny likeable quality, drowning it out so that the reader can’t see it. We have to flip that around. Yes, show her flaws, but outshine the negative by giving her a trait(s) readers can admire (like a love for the downtrodden, self-sacrificing for others to the point of being willing to die for them, etc.).

2. Make sure the reader understands the cause of the flaws. One way to generate reader empathy for our character's flaw is make the negative trait a result of something that the character didn't choose to happen to her. For example, maybe she was abused or teased or rejected at some point in her life. When we share the history that drives the negative traits, readers will be more forgiving of the negativity.

3. Never give the character an unforgivable trait or action. We might have made our character likeable, but then she does something (or several things) that the reader finds unforgivable, completely unlikeable, and irredeemable. The event or action leaves a bad taste in the reader's mouth and often they’re unable to resume their fullest love of our character after that.

4. Make sure to bring out the likeable traits early enough. Sometimes we wait until too late in the story to bring out the likeability factor. We can’t have our character acting like a spoiled brat until the end when she finally changes. We need to have her acting, thinking, and behaving in heroic ways right from the start.

5. Let the reader inside the character's head. If the character is behaving in an unlikeable way, show the disconnect between her actions and their emotions. Get inside her head and play out her internal narration, letting the reader see that she doesn't want to be that way. A reader will be able to feel more sympathy when they realize the internal thoughts reflect that the character is really hurting or hiding something.

6. Make sure the reader can really relate to the character's flaws. Give her struggles that readers are also going through–fear, lack of self-worth, damaged pride, intimidation, need for control. If the reader can relate to the internal struggle, they're often more willing to forgive negative behaviors because they've been there and done that themselves.

7. Beware of making the character a helpless victim. No matter her past and no matter her current dangerous situation, modern readers want to see an inkling (or more!) of strength coming through in our heroine. She must have a spine which doesn't have to equate snark, sass, or spunk. Sometimes quiet strength is just as riveting.

My Summary: It’s often very difficult for us to see how we’re portraying our characters. We have an image in our minds. But what comes out on paper, what readers see, isn’t the whole picture we envisioned.

Ultimately, we should ask ourselves, “What can I do to ensure that my hero is truly a hero.”

What about YOU? Have you ever made your characters unlikeable? Do you have any other advice on how to avoid falling into the unlikeable character trap?